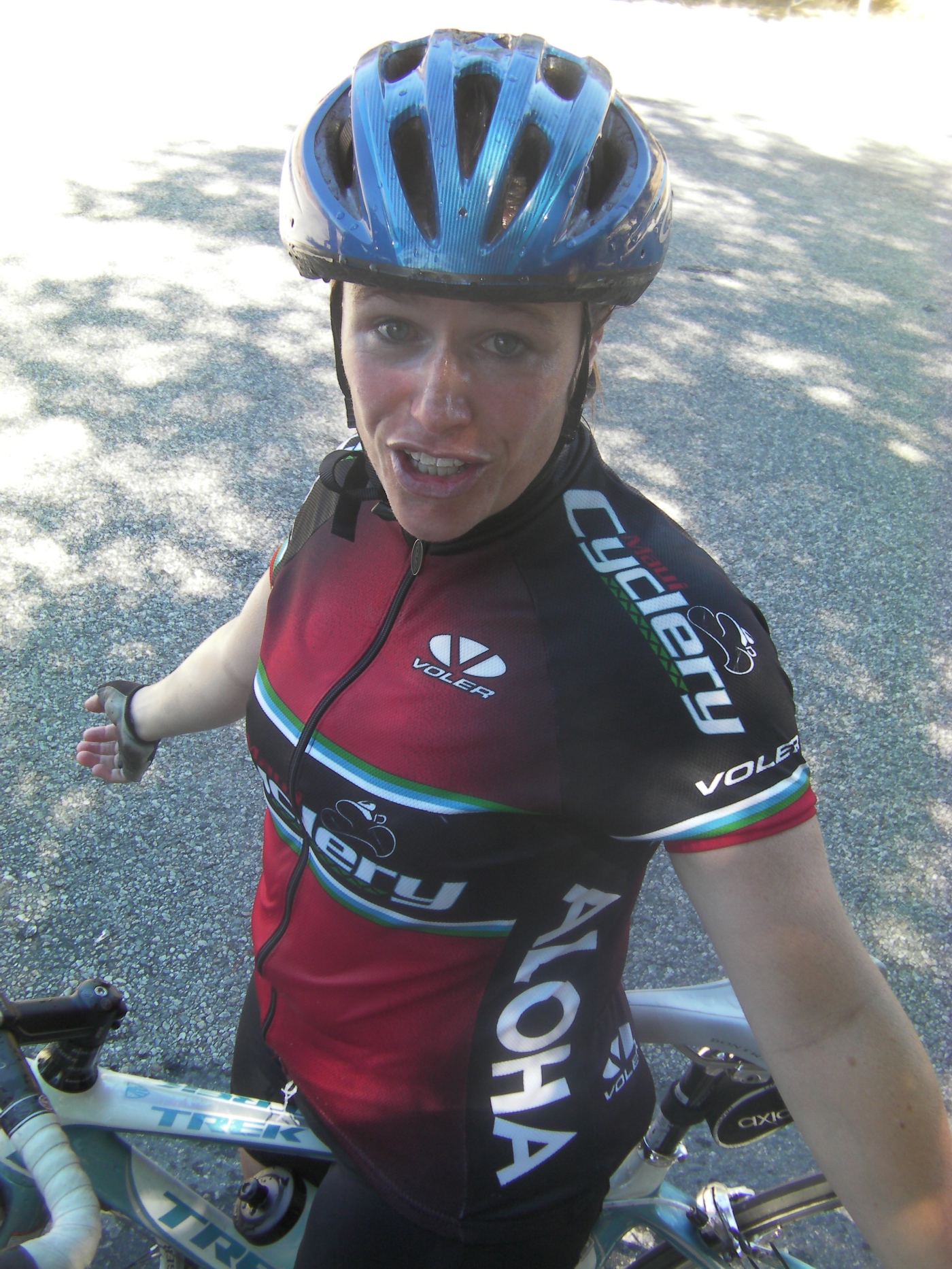 I will admit it, there have been times when I have gotten on my bike, and I did not try. It has happened. When I am riding alone, I am the only one who suffers the consequences. I have been in situations where the ride wasn’t just about my bike and me, but there was also a team aspect to it. Driven by fear of not living up to expectations, I have chosen a defeated attitude that paralyzed me from performing as well as I could have. I have learned some very important lessons from these experiences. There was one ride in particular that I recall during which my husband and I were out in the open desert, only had so much water with us, and were up against a fairly aggressive head wind. If I had stuck with him and drafted, then we both would have made it back to our vehicle within a shorter amount of time then I could make it on my own. Due to some communication breakdowns, and some lack of understanding on my part, we ended up separated during the last leg this ride. I was really battling to finish. I was so caught up with the fear of slowing him down that I chose to ride on my own. I was so blinded by my fear that I didn’t even see the support that was being offered.

Of all the times that I have gotten on my bike and conquered major mountains or tackled tough rides, I still have days when I lack confidence. These are the days when I most need that extra bit of support and encouragement. I need someone to tell me to stop moping, to stop feeling sorry for myself, and to get on that saddle and ride like I can. In fact, I could use a little of this pretty much every day, not just the days when I am struggling. I am very fortunate to have several people in my life that are constantly telling me to try harder, to reach further, and to simply be better. I don’t think that I always appreciate these people enough.

When I think about the people in my life that push me beyond my limits, I realize that they play a really tough role. They are the ones that are completely passionate and committed. They have found something that was life changing for them, and they spend boundless amounts of time and energy sharing what they have found with others. They are the ones to point out what other people do not want to hear. They are the ones that push others because it is so obvious to them what these people can achieve. It must be really hard at times to take the risk of looking someone in the eye and telling them what they truly see. The only intention is to nudge that person in the direction of achieving what they do not believe they are capable of.

I have been blessed with several of these people in my life. They have gone out on a limb for me. They have been completely unafraid to be totally honest with me and to tell me when I am not doing good enough. They stood by me when I glared at them and grumbled in response. They have refused to let up and continued to push me because they have believed in me, even when I did not. They have guided me toward accomplishing what they know I can.

If I were to be brutally honest, then I would completely admit that I have not always reacted with enthusiasm and appreciation. I have on more than one occasion been less than graceful in how I have received this incredible feedback. Yet, these are the very people that have opened up a path for me towards real achievement, great success, and towards a life of being all that I can be.

There is over a decade of occasions during which I can recall being unsure if I could accomplish the cycling feat that lay ahead of me. I would have these little nagging thoughts of worry and doubt. I have been really fortunate to always have a voice of reason to overshadow these. I recall embarking on an amateur version of the famous Paris Roubaix. The route consisted of the last 85 km of the professional version. The amateur course included all 20 some sections of cobblestone roads, which was an entirely different type of riding than I was used to. I was really nervous, and definitely had doubts. My husband, who had been my riding partner since I first sat on a road bike, was the one who continuously told me I could do this throughout the whole day. Others around me weren’t so encouraging. But he just continued to tell me that this was very doable for me. It was his voice that overcame the others, including my own nagging thoughts inside my head. There are just so many experiences that I have had during which I could have listened to the voices that told me that something was out of reach. Without a strong push in the right direction, I may not have been successful.

I don’t know how many times I have reacted rather than listened to the honest feedback and advice of my husband. It is an extremely difficult feat to successfully play a coaching role in a physically and emotionally draining situation. I think it can be that much harder when you trying to play this role for a spouse.  There is already an existing dynamic, and it is really easy to react to someone who are you are already very comfortable with.

As hard as it can be on the receiving end of total honesty and being pushed, I am starting to realize that is a gift.  I don’t necessarily have to want to hear it, to agree with it whole heartedly, or to even believe it.  But, the times in which I stopped and truly listened, and tried to digest what I was hearing are the ones that resulted for me in success and personal growth.  It can be hard to be on the receiving end, however, as I have pointed out it is also hard to be on the giving end.  I can choose to either receive and apply to or to dismiss.  I have had enough experience to know that I want to receive.  There have been times been my husband has been unable to push me on wild adventures.  I recall a particular time in Hawaii when unfortunately he had to work a lot during our short vacation.  Furthermore, he was fairly burnt out as it was.  I remember going to yoga classes on the beach and running along the coast line to try and replace what would normally be time on the bike.  I ended up  longing to be on a bike behind him pushing as hard as I could and feeling like I was going to die.  Likely I would only discover that I wasn’t going to die but rather I would make it to the finish line feeling proud of the ride I was able to complete.

I would really like to grumble and scowl less, and more openly receive the feedback that can be so hard to take. I would really like to fully appreciate what these very special people in my life have done, and will continue to do for me. Without them, what would I do on those days when I simply do not believe in myself?  I am seeking an attitude of appreciation more often.   I am striving to be fully open and to truly listen rather than react. It will be part of the life long journey to being better.